Thanks to our newsletter sponsors!

Click on their ads below to visit their websites.

Executive Director Patrick Strauch is working hard to keep the much-needed strategic plan for Maine’s forest economy moving forward. As you may recall, Strauch and Dr. Robert Wagner, forestry professor at the University of Maine and director of the centers for forest research and forest sustainability, have been advocating since January to create an industry “road map.”

Wagner laid out why it’s needed with his presentation, “Maine is a Great Place for a Forest-Based Economy,” which highlighted Maine’s assets and outlined the opportunities emerging in forest products, from new technology to new markets. Until he begins his new position in October as professor and head of Purdue’s Department of Forestry and Natural Resources, Wagner will be working with Strauch to make the strategic plan a reality.

Right now, Strauch says, the focus is on reaching out to members and organizations to insure the industry is involved in each step. He and Wagner also are looking for grant opportunities so the plan can be based on solid research and lead to an effective strategy.

The study by Mindy Crandall, assistant professor of Forest Management and Economics, School of Forest Resources, and James Alexander III, Ph.D student at the University of Maine, is nearing completion. Preliminary findings show Maine still has a $7.5 billion forest economy (in comparison, tourism was $5.6 billion in 2015), but Crandall and Alexander are still updating figures so that the number accurately reflect the industry’s 2016 impact.

Roberta Scruggs, MFPC’s communications director, already has started on creating the new forest economy “book” and is looking for photos of industry people and products. If you have some good photos, please contact her. The book should be completed this summer and we’ll have printed copies available at the annual meeting in Bangor Sept. 18-19.

Will it ever end?

Advocates have been pushing for a national park for decades

The frenzy of activity surrounding the proposed park/monument continues. In fact, Executive Director Patrick Strauch is heading to the Katahdin region today along with members of the congressional House Natural Resources Committee, Gov. Paul R. LePage and both opponents and proponents.

Three opponents (plus Gov. Lepage) and three proponents were invited to speak at the formal hearing June 1 at 2 p.m., according to Bob Meyers, executive director of the Maine Snowmobile Association. Meyers, David Trahan, executive director of the Sportsman’s Alliance of Maine, and Rep. Steve Stanley, D-Medway, will be speaking against park/monument. Proponents, however, did not accept the invitation, committee majority spokeswoman Elise Daniel told the Bangor Daily News. However, on the  list of those who signed up to speak, proponents and opponents are fairly evenly divided, Meyers said.

Park/monument supporters claim local residents just don’t understand this “big idea,” but they understand it all too well. They’ve had plenty of time to think it over Restore: The North Woods proposed a 3.2 million-acre national park in Maine more than 20 years ago. But even that’s not enough for some.

‘This is landscape that the people should own!’

The Maine Woods Coalition, which opposes the park/monument, also sent out an interesting email obtained by Erich Veyhl, a Trescott property owner, through  a federal Freedom of Information request. It was a 2009 email from Brownie Carson, then executive director of the Natural Resources Council of Maine (NRCM) and now a Senate candidate in District 24, to Ned Farquhar, then deputy assistant secretary of Land and Minerals Management, at the U.S. Department of the Interior.

“We (NRCM) are working on a fabulous project in Maine, the object of which is to protect 4.5 million acres of Maine’s northern forest in the Moosehead Lake-Baxter Park-Allagash Wilderness Waterway region,” Carson wrote. “The governor is engaged and supportive, and there is wide interest in conserving this special area.  When Secretary Salazar was here in July for a tour of Acadia, a small group of colleagues (including our board chair) met briefly with him to discuss this northern forest initiative.  My understanding is that he was very enthusiastic about it, and suggested that it may be a good fit for the Treasured Landscapes  program.”

“I’d like to talk with you about how best to follow up, find out who is staffing the program (with focus on our area), and get your thoughts about timing, process, etc,” Carson wrote. “It appears likely that approximately 250,000 acres of forest land in our “focus area” will be offered for sale within the next month; this land includes 20-25 miles of river frontage on both the Allagash (where the state owns just 500′) and the Saint John, plus some other magnificent natural assets. This is landscape that the people should own!”

On May 16, Pat Sirois, Roberta Scruggs and Sue McCarthy welcomed a delegation from South America, which was visiting Maine to study “sustainable landscapes” and wanted to talk to us about advocacy communication. Executive Director Patrick Strauch had planned to be on hand, but had to travel to East Millinocket for the park/monument meeting with John Jarvis, director of the National Park Service.

There were 12 visitors (from Mexico to Argentina), two interpreters and Maureen Hurley, director of the International Visitors Program for the World Affairs Council of Maine (WACM) in Portland. She works with U.S. State Department to bring delegations to Maine to learn about a professional topic of interest under the auspices of the International Visitor Leadership Program, a program started by President Dwight D. Eisenhower.

All of these visitors were nominated for the IVLP by U.S. embassies in their countries, Hurley said, and are viewed by our American diplomats abroad as up-and-coming leaders in their countries. Many spoke English but a few did not, so our side of the conversation was translated into Spanish and the visitors’ comments and questions to English. Pat and Roberta had to be reminded to speak slowly, but the conversation was still very enjoyable on both sides.

“For us it was a very special time in the Forest Council!”Alfred Fast, Vice President of the Friesland Cooperative, a Mennonite agricultural cooperative in Paraguay, emailed MFPC later that day.

With all the presidential campaign coverage, it probably hasn’t escaped your notice that there’s an election coming up Nov. 8, so this is a good time to mention the Maine Forest Legacy PAC, an organization independent from the MFPC, that makes contributions to the various political parties and leaders that support a healthy forest economy.

The key to success in Maine’s Legislature is investing in relationships with policymakers and the forest needs positive relationships with candidates on both sides of the aisle in order to be effective in the State House. The PAC’s fundraising goals are modest by trade association standards and its efforts include one-on-one meetings with candidates as well as social events held in various locations. Every donor also is welcome to help us develop our political action plan by becoming a member of the Forest Legacy Board of Directors.

So please donate to the Maine Forest Legacy PAC today. For more information, call 207-622-9288 or email.

The 2000 referendum pulled all of us together

While going through a file cabinet recently,looking for something else, I found this FABLE by Chris Potholm pertaining to Jonathan Carter’s Forestry Referendum of 2000 (defeated 459, 239 – 71.66% —  to 181,643 — 28.34%). I had searched for this article recently but could not find it. In my mind,this is one of the best written articles ever printed in a Maine paper. It is interesting, 16 years later,to see how times, and people, have change in the forest industry.

The 2000 referendum pulled all of us together to fight the Carter referendum,and WE WON! Now we have no current crisis affecting all of the forest industry in Maine. We have the threat of spruce budworm in the north, loss of paper mills and biomass plants and perpetual bills to change Tree Growth, but no major state wide issue like the referendum of 2000. When was the last time you saw Carter’s name in the news? We don’t need another referendum crisis but it did firmly unite all segments of our industry and all members of MFPC.

I thought our members would like to see again Chris Potholm’s FABLE. The List of characters is probably my interpretation, but Chris may have helped me. His FABLE is a real gem! 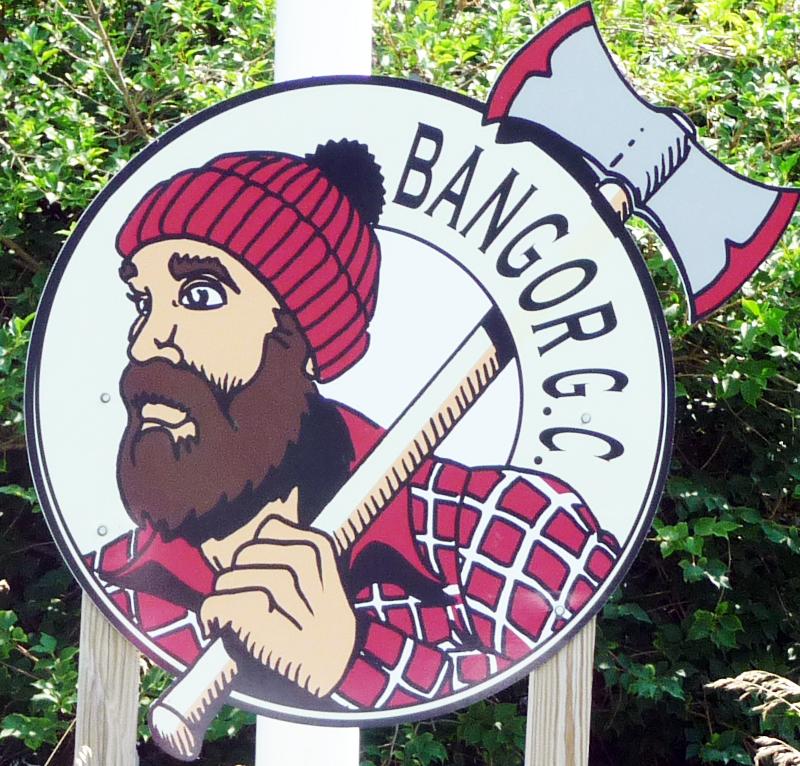 2016 MFPC Golf Tournament, July 14 at the Bangor Municipal Golf Course, Bangor.  Please send in yourregistration ASAP because the tournament is filling up fast.  We are still looking for sponsors for the tournament.  If anyone has any items to donate for the raffle, that would also be greatly appreciated. Looking forward in seeing many of you on the golf course. More information.
2016 MFPC Annual Meeting, Sept. 18-19.  This meeting is all about the future of our industry, from tall wood buildings to nanocellulose -based products from laboratory to market.  We’ll be staying at the Hollywood Casino in Bangor,  touring the Composite Center and the Process Development Center at the University of Maine, and holding our business meeting at the Wells Center in Orono. Of course, there also will be plenty of time for fun and fellowship. We’ll begin on Sunday with golf and a barbecue at the beautiful Penobscot Valley Country Club in Orono. On Monday morning, we’ll have breakfast and our business meeting at the Wells Center at the University, before setting off to find out about amazing new products at the Composite Center and the Process Development Center.  The evening banquet will be held at the Hollywood Casino.
Start thinking now about who you want to nominate for an MFPC award this year.

There are no events to display

Networking
You’re invited! Take advantage of the Council’s many opportunities to visit with the who’s who of Maine’s forest products industry at any of our special events.